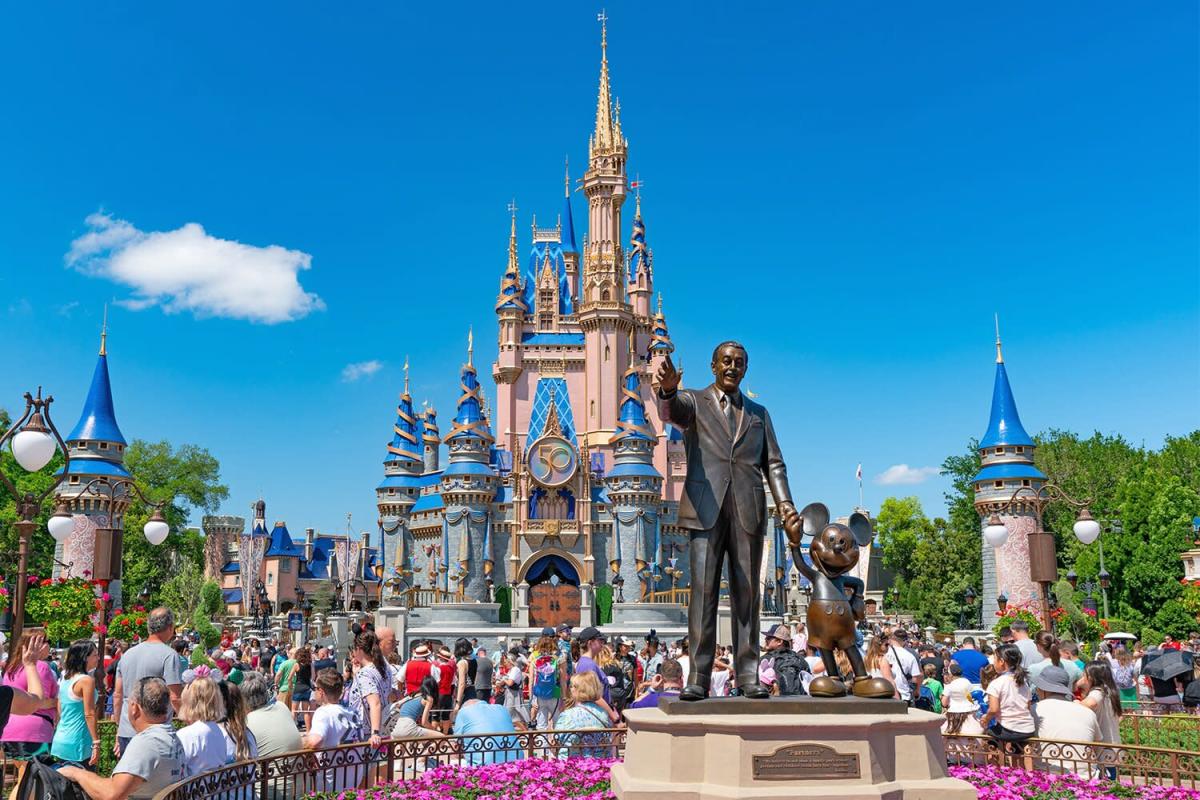 A fight between two families broke out at Walt Disney World Wednesday night, resulting in three arrests and one hospitalization.

According to the Orange County Sheriff’s Department, the incident occurred just before 7:30 p.m.

“Deputies responded to 4601 North World Bay Drive [Magic Kingdom] for a fight,” a spokesperson told PEOPLE Friday. “Deputies conducted their investigation and subsequently arrested three people for misdemeanor battery. One person was taken to the hospital for a minor injury.”

A representative for Walt Disney World did not immediately respond to PEOPLE’s request for comment.

According to the blog Walt Disney World News Today, the two groups were standing in line for Mickey’s PhilharMagic Concert, when one member of a family left the line to retrieve her cell phone.

When the other family “refused to let her in and physically pushed her back,” a witness told the outlet, a fight ensued.

Park officials were able to break up the melee, according to video accounts, before the groups were taken to the security office at the Orlando theme park. 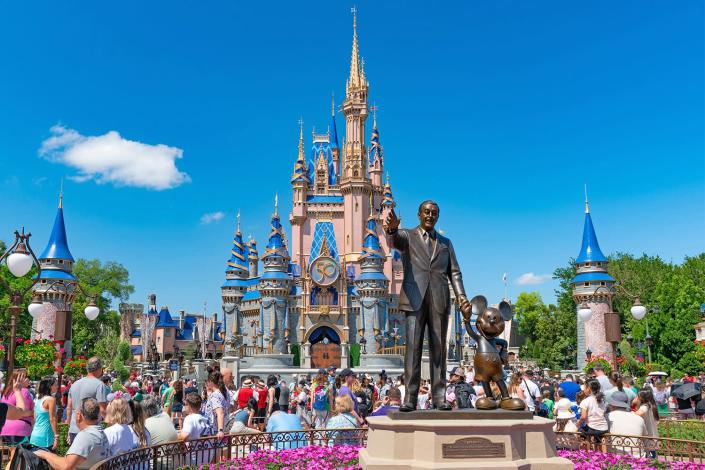 General views of the Walt Disney ‘Partners’ statue at Magic Kingdom, celebrating its 50th anniversary on April 03, 2022 in Orlando, Florida.

Never miss a story — sign up for PEOPLE’s free daily newsletter to stay up-to-date on the best of what PEOPLE has to offer, from juicy celebrity news to compelling human interest stories.

One person was transported to a local hospital with “a large cut in his chin,” according to WDW News Today.

The incident is the second time this week that a fight has happened at an amusement park.

Last Saturday, Knott’s Berry Farm in Southern California was the scene of multiple fights between groups of teenagers, which resulted in the park closing early, according to the Los Angeles Times.

The incident has prompted the park to now require those 17 and younger to be accompanied by an adult on Fridays and Saturdays, according to the outlet.