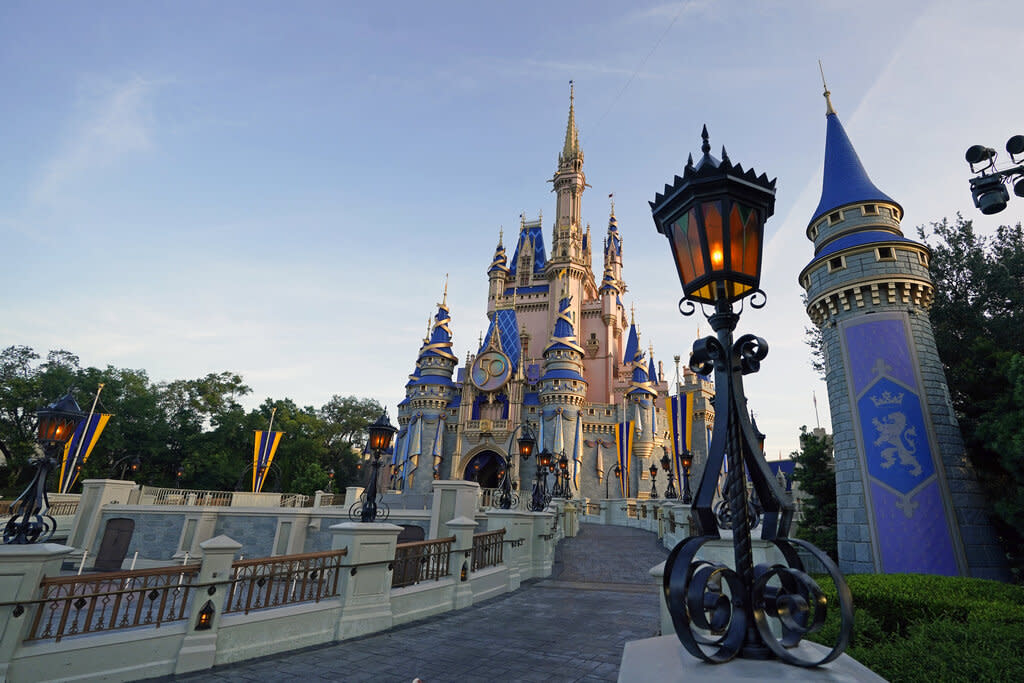 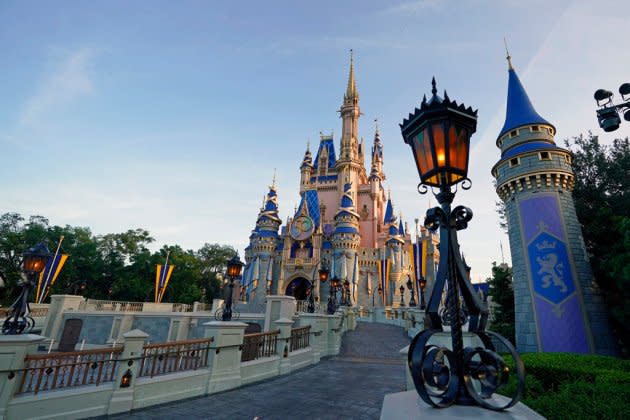 It’s unclear what the ultimate financial impact will be on Disney, but Democrats have warned that dissolving the Reedy Creek Improvement District could leave Orange or Osceola counties to pay the district’s existing debts.

DeSantis, standing at a lectern with the message “Freedom from Indoctrination,” accused Disney of pushing an LGBTQ agenda. DeSantis claimed that the company had an “intentional agenda” to “inject sexuality into the programming that is provided to our youngest kids.”

He was clear that was the reason that he was repealing the special district.

“I’m just not comfortable having that type of agenda get special treatment in my state,” he said. “I just can’t do it.”

He also downplayed the impact of the repeal on taxpayers.

“We have everything thought out. Don’t let anyone tell you that Disney is going to get a tax cut out of this. They are going to pay more taxes as a result of this,” he said.

Opponents have dubbed the law the “don’t say gay” bill. As it went through the state legislature, Disney remained publicly silent. In March, though, CEO Bob Chapek then reversed course and announced the company’s opposition at its annual meeting, while putting a pause on political donations in the state.

PREVIOUSLY: Disney is poised to lose the 55-year-old special district that covers Walt Disney World in Orlando as Florida lawmakers Thursday moved to punish the company for its opposition to the state’s new parental rights law, which detractors have dubbed the “Don’t Say Gay” law.

The Florida House voted 70-38 on a bill to dissolve the district as well as others established before 1968. The Senate passed the measure on Wednesday.

Gov. Ron DeSantis, a Republican who is eyeing a 2024 presidential bid, supports the repeal effort and asked lawmakers to consider it during their special session this week. He has accused the company, one of the state’s largest employers, of going “woke,” but LGBTQ+ activists see the parental rights bill as yet another chapter in efforts to tarnish gay, lesbian and transgender people as threats to children.

Disney Takes Heat Over Public Stance On Florida’s “Don’t Say Gay” Law, But NBCUniversal And Other Studios Keep Away The Fray

Disney’s property has been covered by the Reedy Creek Improvement District since 1967, giving it self-governance over land use and environmental issues and allowing it to float tax-free municipal bonds. Democrats said that the repeal of the district could leave Osceola and Orange counties on the hook for nearly $1 billion in bond debt.

Supporters of the repeal effort said that the time had come for the Legislature to gain oversight over the district. Under the terms of the legislation, districts would be dissolved as of June 1, 2023, but they could seek to be reactivated after that.

But the move has been seen as an effort to punish Disney for speaking out on the law.

Lloyd Blankfein, senior chairman of Goldman Sachs, wrote Thursday on Twitter: “In 1967 Florida granted special governance and tax status to Disney World. Maybe that was bad policy. But to revoke it because @GovRonDeSantis objects to Disney’s position on unrelated legislation smacks of govt retaliation for exercising free speech. Bad look for a conservative.”

But the effort against Disney has elevated the profile of DeSantis, and he has made the company a target. “Disney and other woke corporations won’t get away with peddling their unchecked pressure campaigns any longer,” he wrote in a fundraising pitch this week, according to the Associated Press.

Walt Disney had identified the Florida property with an eye toward building a futuristic city, but those plans were abandoned after his death in 1966. A concern of the company in the 1960s had been that it have autonomy, particularly on issues like land use — unlike in Anaheim, where a hodgepodge of motels and tourist shops sprouted up in the area around Disneyland after it opened in 1955.