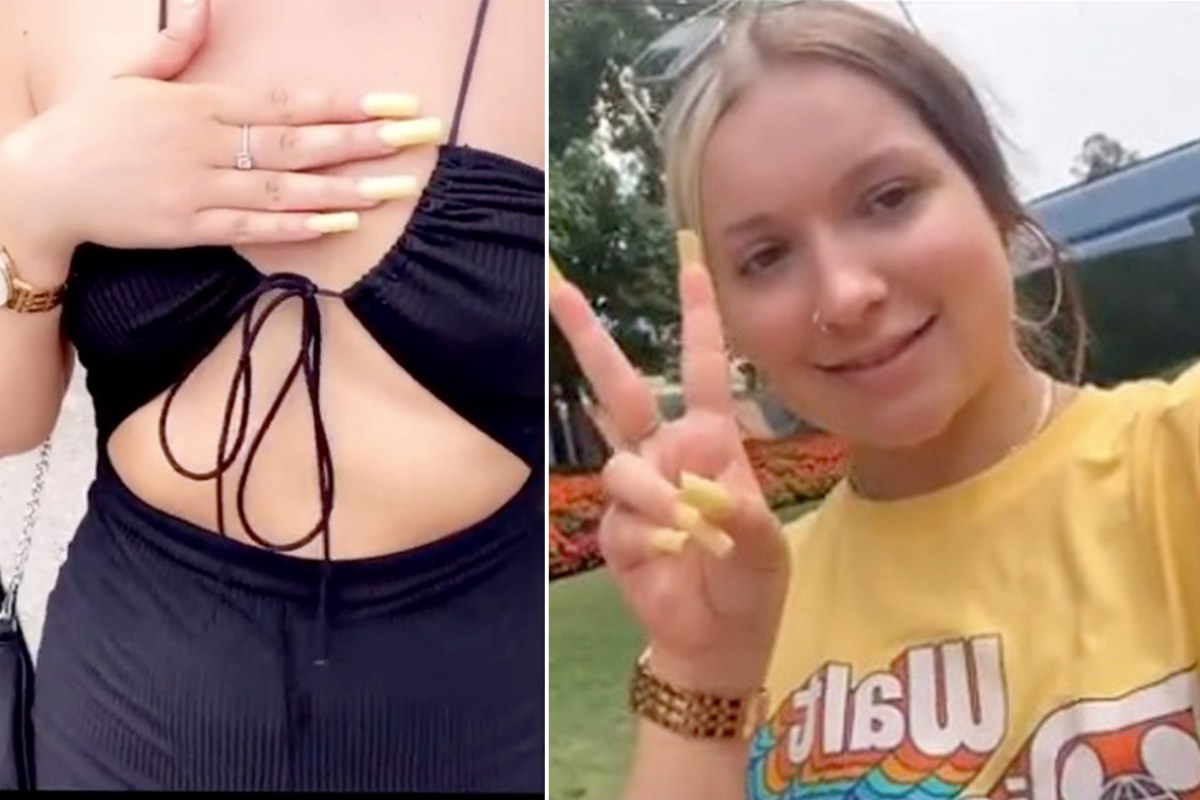 A Disney World visitor claims that park staff forced her to put on a gift shop T-shirt after informing her that her strappy, cropped top “isn’t appropriate.”

Alyssa Schueller recorded an incident at Epcot in Orlando, Florida, last week in which she was escorted by staff to change her clothes in order to comply with the dress code.

“Getting escorted to a free shirt because mine ‘isn’t appropriate,’” she wrote on the video posted to TikTok on Friday.

In the video, Schueller shows herself following an employee through the park before showing a glimpse of her blouse — a strappy, black number that exposes her midriff.

The footage later shows what appears to be a voucher at the gift shop with a bright yellow Disney World T-shirt on the counter.

Schueller then recorded herself with the same shirt on as she flashed a peace sign.

In the comments, she claimed that she had previously worn the same ensemble to the Animal Kingdom, which is another Disney-run park in Orlando.

Alyssa Schueller called out Disney World for being inconsistent with enforcing the dress code.@alyssaschueller/TikTok

“Fyi I was at Animal Kingdom ALL morning without issue,” she wrote. “Went to Epcot and this happened. Went back to [Animal Kingdom] and had no issue once again.”

Schueller urged the theme park to be more consistent about enforcing their dress code.

“If Disney wants to endorse a dress code, then they need to do just that,” she continued. “But the inconsistency… pls.”

Alyssa Schueller said she had worn the top to Animal Kingdom with no issue.@alyssaschueller/TikTok

Disney World on its site informs guests that “proper attire, including shoes and shirts, must be worn at all times.”

“The parks are a casual, family-oriented environment. Ensuring that the parks are family-friendly is an important part of the Disney experience. In that spirit, we ask you to use your discretion and common sense,” the parks said.

“Disney reserves the right to deny admission to or remove any person wearing attire that is considered inappropriate or attire that could detract from the experience of other Guests,” it continued.