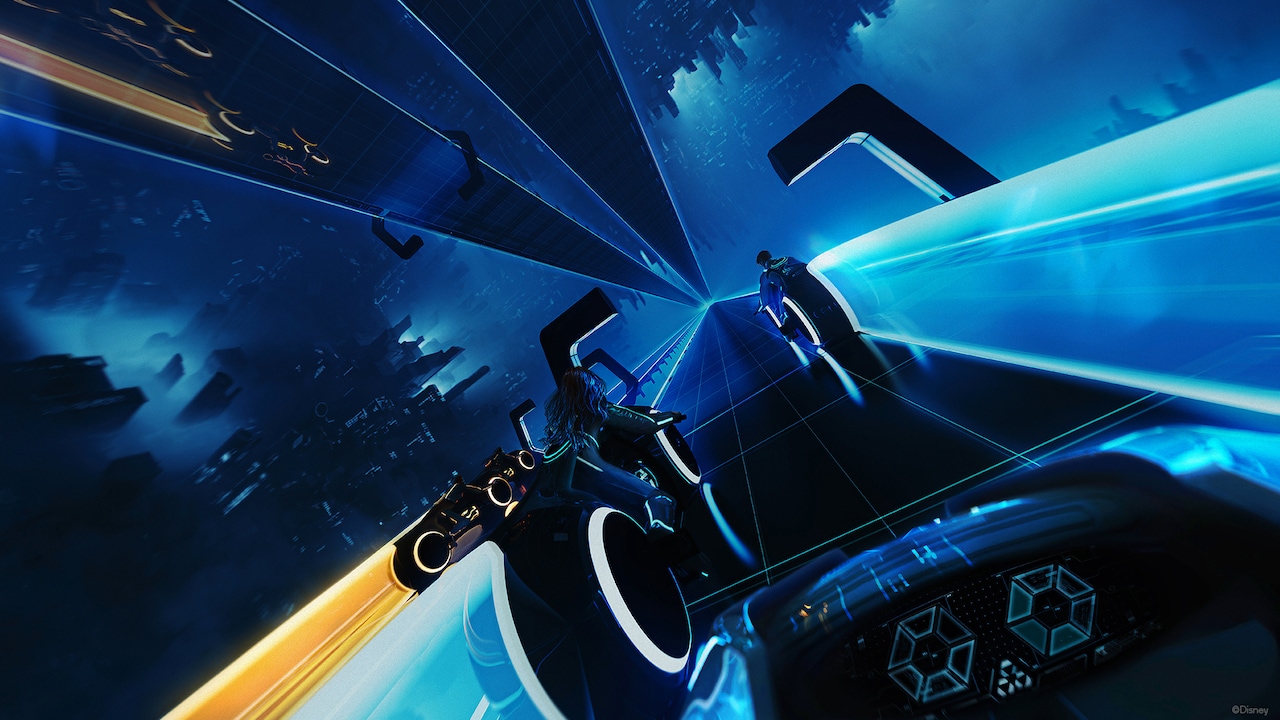 Greetings, Programs! I’ve loved “TRON” since first discovering this digital world as a child in the 1980s. Imagine my delight when asked to write about the thrilling new attraction racing into Walt Disney World Resort – TRON Lightcycle / Run presented by Enterprise. If this article was turned into a major motion picture, the opening narration might sound something like this (cue synthesizer):

“TRON Lightcycle / Run. A new attraction. I tried to picture Lightcycles as they moved through the Grid in Tomorrowland. What did they look like? Were they fast? I kept dreaming of a world I thought I’d never see. Until April 4, 2023 – the day TRON Lightcycle / Run will officially open in Magic Kingdom at Walt Disney World Resort.”

I haven’t felt this excited since I saw a Lightcycle from “TRON: Legacy” on display at the D23 Expo in 2009. 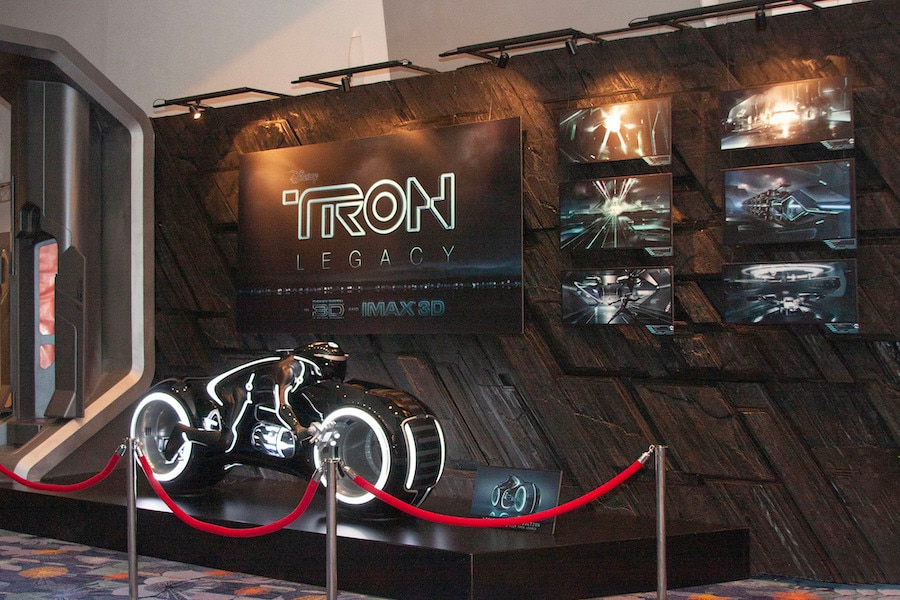 When “TRON: Legacy” was released in December 2010, I saw it five times in theaters followed by countless viewings at home on Blu-ray and Disney+. I even named my tuxedo cat Kevin Flynn, a nod to the brilliant computer programmer and original designer of the Grid in the film. The Lightcycle battle was one of the film’s most dazzling visual displays – I wanted to ride one! More than a decade later, that dream is coming true with this attraction’s opening at Walt Disney World.

The story of TRON Lightcycle / Run picks up after “TRON: Legacy” where Kevin’s son, Sam Flynn, has opened a second gateway into a digital realm called the Grid. The first of these portals he created is found at Shanghai Disneyland with the original TRON Lightcycle Power Run.

When you enter the queue at Magic Kingdom, you’ll feel as if you’re digitized and transported to the Grid for a special Lightcycle race. It’s your Team Blue against the Grid’s menacing Programs, Team Orange. Your goal is to be the first to race through eight Energy Gates and secure victory. The attraction will be one of the fastest coasters at any Disney theme park in the world.

Before the attraction officially opens, cast members will be the first to enter the Grid during special previews. And I heard preview opportunities are coming for guests too, including Annual Passholders and eligible Disney Vacation Club Members.

All those hours (and quarters) playing the “TRON” arcade game have prepared me for this moment. See you in the Grid. END OF LINE.