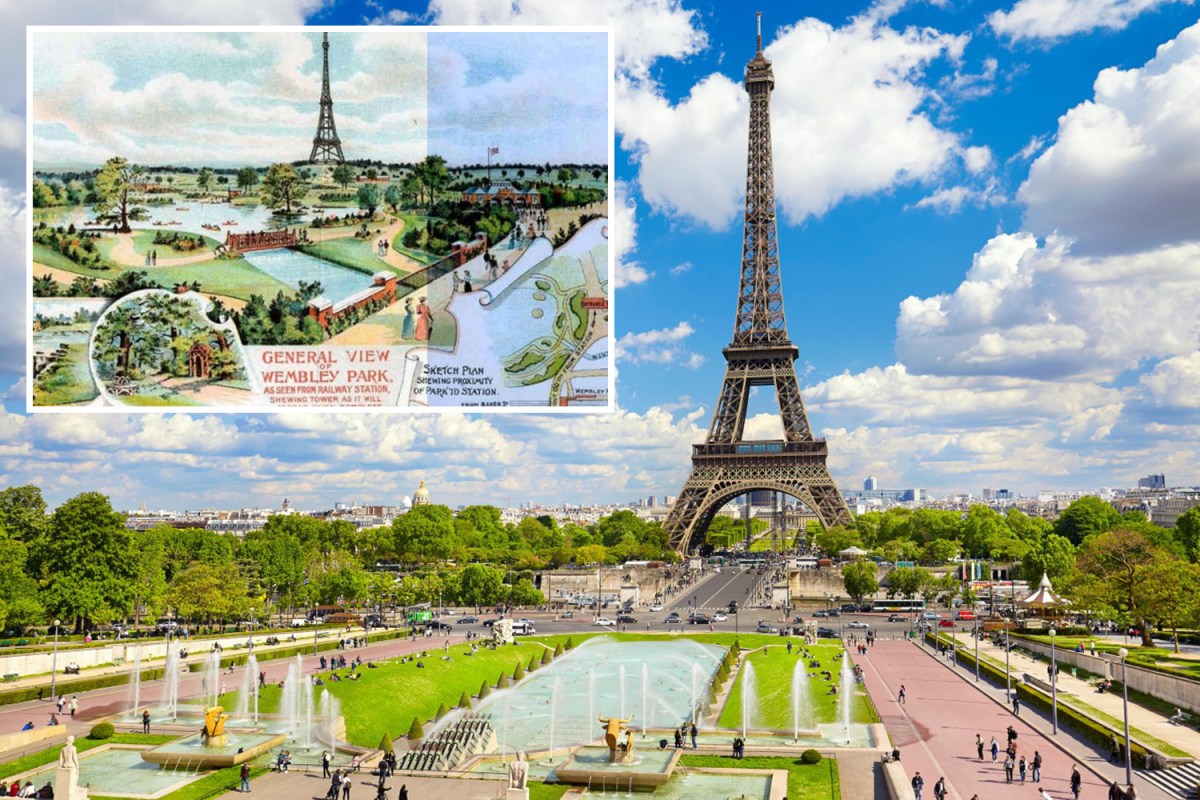 THE EIFFEL tower is one of the most famous landmarks in the world, visited by millions who visit Paris.

However, did you know that the UK almost has it’s own Eiffel Tower?

The UK almost had it’s own version of the Eiffel TowerCredit: Alamy

The tower would be part of the new Wembley ParkCredit: Not known, clear with picture desk

Inspired by the French monument, the Great Tower of London was designed by Edward Watkins, a railway entrepreneur who is known for the expansion of the Metropolitan Railway which is part of the London Underground.

The line ran through Wembley, which is where he wanted to create a huge amusement park which would be like 19th-century leisure parks like Battersea Park in London or Tivoli Gardens in Copenhagen,” according to victorian architecture expert Christopher Costelloe.

This would include the tower designed to be just like the Eiffel Tower.

Watkins asked Gustave Eiffel to design it – who refused – so created an international design competition where the winner would get the value of £60,000 in today’s money.

The winner was eventually a “slender version of the Eiffel Tower” just taller and with eight legs rather than four, and would have restaurants, shops, a 90-room hotel, theatres and dancing rooms and a winter garden.

An electric lift would take guests to the top with an observation deck.

The tower was billed to be a huge attraction in WembleyCredit: Alamy

It would be taller than the Eiffel Tower – as well as the ShardCredit: Alamy

Sadly just one part of it was made, due to later problems including subsidence – it was later destroyedCredit: Alamy

While construction started in 1892, just three years after the Eiffel Tower opened, it took another three years to create the first stage which measured 154ft high.

This is when they realised it was subsiding – meaning they couldn’t build any higher as it was slowly sinking into the ground.

While guests could go up the first part of the tower, with a lift and entrance built, the rest of the tower was never built following Watkin’s death in 1901.

Dubbed the London Stump, it was demolished just a few years later and destroyed by dynamite.

However, the rest of the park was still popular, with thousands still visiting with activities including football, cricket and rowing, along with ice skating in the winter.

Many years later, the ground is now home to Wembley Stadium.

It isn’t the only attraction that failed to launch with a number of ambitious theme parks which never came to fruition.

Despite Battersea Power Station now being a large housing and shopping complex, there were once plans to turn it into a huge theme park.

There was also a Six Flags Dubai which was scrapped, as well as a land at Disney World called Beastly Kingdom.

Theme park rides that were never built include Batman vs The Penguin at Universal and a space jetpack ride at Disney World.

Wembley Stadium is now on the grounds of the former projectCredit: Alamy