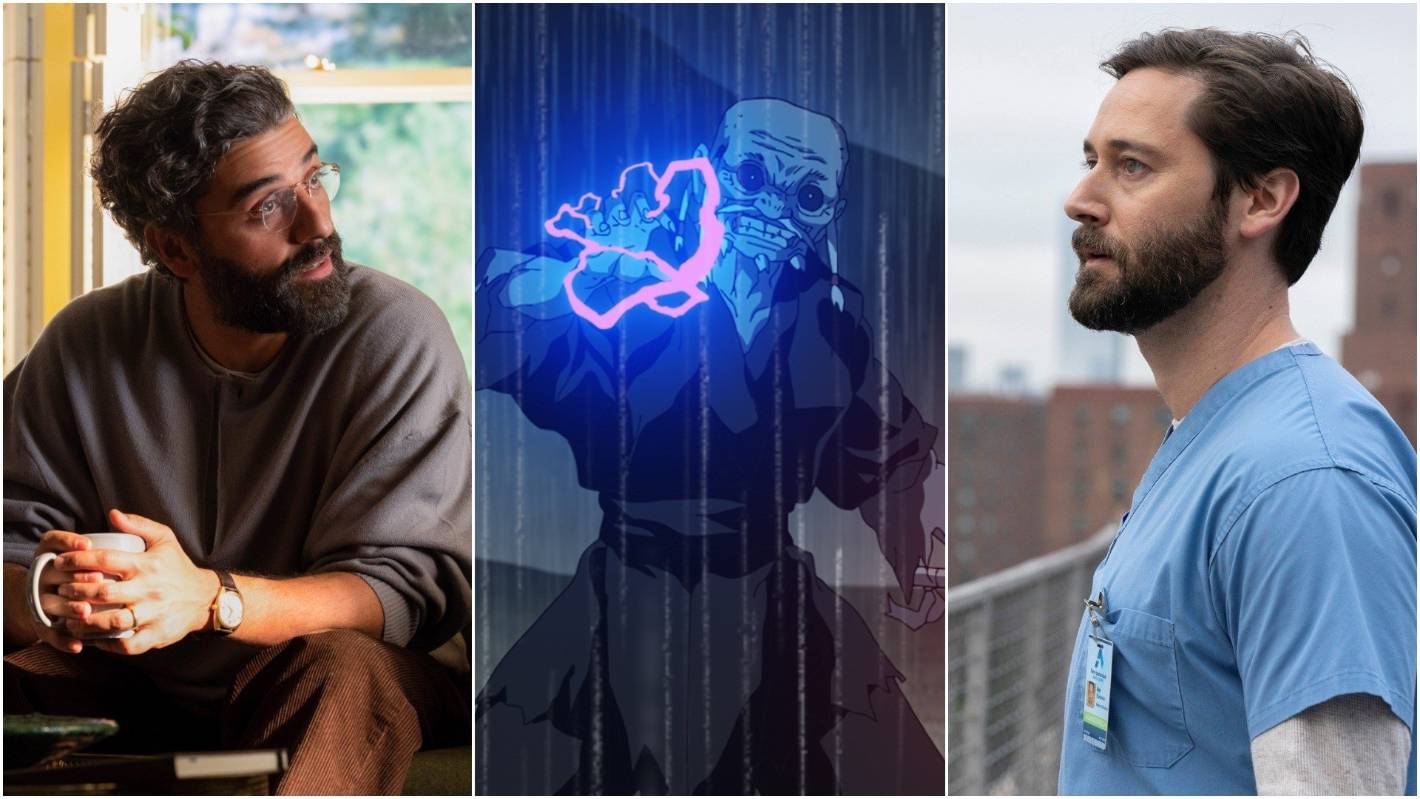 Sandra Oh headlines this six-part comedy which focuses on Ji-Yoon, a woman appointed as the new head of a flailing, failing university English department and quickly becomes overwhelmed by the dizzying demands and high expectations.

Reminiscent in tone and setting to Curtis Hanson’s Michael Douglas-starrer Wonder Boys (as well as evoking memories of the brilliant, but criminally under-rated mid-1980s British series A Very Peculiar Practice), The Chair is a smartly written tale full of memorable characters and dialogue.

Oh, in particular, is clearly having a ball here, executing pratfalls expertly and delivering well-timed expletives and witty asides in equal measure. Refreshingly, Ji-Yoon is not only perfectly capable, but magnificently flawed.

This eight-part thriller stars Entourage’s Adrian Grenier and The Plot Against America’s Zoe Kazan as silblings Nick and Pia Brewer. Their lives are turned upside down when he disappears, before showing up on a live-stream holding signs alleging he’s beaten and murdered women. When it attracts five million views, the site says, he will be killed.

From the evocative opening use of Glass Animals’ Tangerine to the tantalising episode-ending cliffhanger, Clickbait’s initial instalment snaps, crackles and pops its way into your synapses and thoughts and won’t let go.

As a police procedural and heart-stopping horror, it is aces, evoking memories of David Fincher’s finest (Seven, Panic Room), ratcheting up the stakes as the video’s ticker goes into overdrive.

Scenes From a Marriage, Star Wars: Visions and season 4 of New Amsterdam are among the great new shows available to stream this week.

Deceit is now available to stream on Neon.

Gritty, grimy and, at times, a somewhat grisly watch, this three-part British drama nonetheless makes for compelling viewing. Former EastEnders and The Tunnel screenwriter Emilia di Girolamo’s tale isn’t your traditional stopping-the-serial-killer crime story, but rather a forensic investigation into an ill-conceived operation, driven by a group of men desperate to achieve the result the tabloids and the public were baying for, regardless of the additional human cost.

At the heart of Deceit is a magnificent performance by Irish actor Niamh Algar. Along with her stunning turn in the 1980s set feature Censor, one of the best horrors of the year, she is carving out a reputation for creating memorable characters facing extremely challenging scenarios.

Here she speaks volumes, challenges perceptions and expertly draws in the audience, often without saying much at all.

Following in the footsteps of The Mighty Ducks, Turner & Hooch, High School Musical and The Muppets, 1990s teen medical drama Doogie Howser, M.D. has been given a thoroughly modern makeover – and this one is a doozy.

Gender-flipping not only our eponymous medico, but also her parental influencer, Doogie Kameāloha, M.D. also winningly shifts the action from Los Angeles to Hawaii. The result is thoroughly entertaining and engrossing fun for the whole family, a rare show that the whole whānau can gather round by completely entranced by.

Much of its success is down to the smart, scripting by showrunner Kourtney Kang. The former How I Met Your Mother and Fresh off the Boat writer nicely offsets the medical drama and teenage angst with a rich vein of nicely observed familial and self-effacing humour. This Doogie is smart, not smug.

The world’s most popular medical drama is back with a bang.

Actually, more than one, as not only does an arsonist threaten the safety of staff and patients at New York’s New Amsterdam, but the narrative tension that built up nicely over the last few episodes of last season explodes in a series of revelations that may just make your head spin.

Yes, the crises are sometimes a little overwrought and Max (Ryan Eggold) and Helen’s (Freema Agyeman) relationship is threatening to get a little “Ross and Rachel”, but, unlike its modern day counterparts, Grey’s Anatomy and The Resident, there’s a quietness, a subtlety and abundance of sensitivity and heart that makes it stand out.

SCENES FROM A MARRIAGE (NEON/SKY GO)

An adaptation and update of Ingmar Bergman’s much loved 1973 Swedish mini-series, this five-part drama focuses on the relationship between Mira (Jessica Chastain) and Jonathan (Oscar Isaac).

As with the original, it aims to examine weighty universal themes like love, hatred, desire, monogamy, marriage and divorce through the lens of their marriage.

Entitled Innocence and Panic, this first of five episodes is a masterclass in misdirection and ambiguity. Showrunner Hagai Levi intimately draws us into Jonathan and Mira’s lives, makes us invested in their relationship and keeping us guessing as to what they might be withholding from one another. Then, when one intense vignette is over, we rejoin the action, only to find the outcome may not be what we expected. It’s a tactic that’s at once disarming, a little disorientating and ensures their drama will be one not easily divested.

Helping greatly is the chemistry between Isaac and Chastain. The pair, who previously convinced as a married couple in 2014’s A Most Violent Year, here are quite simply superb, capturing the heartfelt discussions, sometimes thoughtless words and telling silences that pass between two people who have shared so much together.

Scenes From a Marriage is now available to stream on Neon and SkyGo.

The third, eight-episode season of this hit comedy about socially awkward high school student Otis Milburn (Asa Butterfield), who lives with his sex therapist mother Julia (Gillian Anderson), sees the young man having casual sex, while a new headteacher attempts to return Otis’ school to a pillar of excellence.

As the series synopsis suggests, “prepare for commitment animals, alien phenomena, vulva cupcakes and much more of Madam Groff”.

“The magic of the show remains that nothing ‘heavy’ ever feels hectoring, tokenising or clumsy. In fact, the lightness of touch does it all,” wrote the London Evening Standard’s Phoebe Luckhust.

This striking-looking show is billed as an anthology of animated shorts celebrating Star Wars “through the lens of the world’s best anime creators and storytellers”.

Amongst those lending the vocal talents to the nine-episode project are Joseph Gordon-Levitt, Lucy Liu, Alison Brie, Neil Patrick Harris, David Harbour, Henry Golding and our own Temuera Morrison.