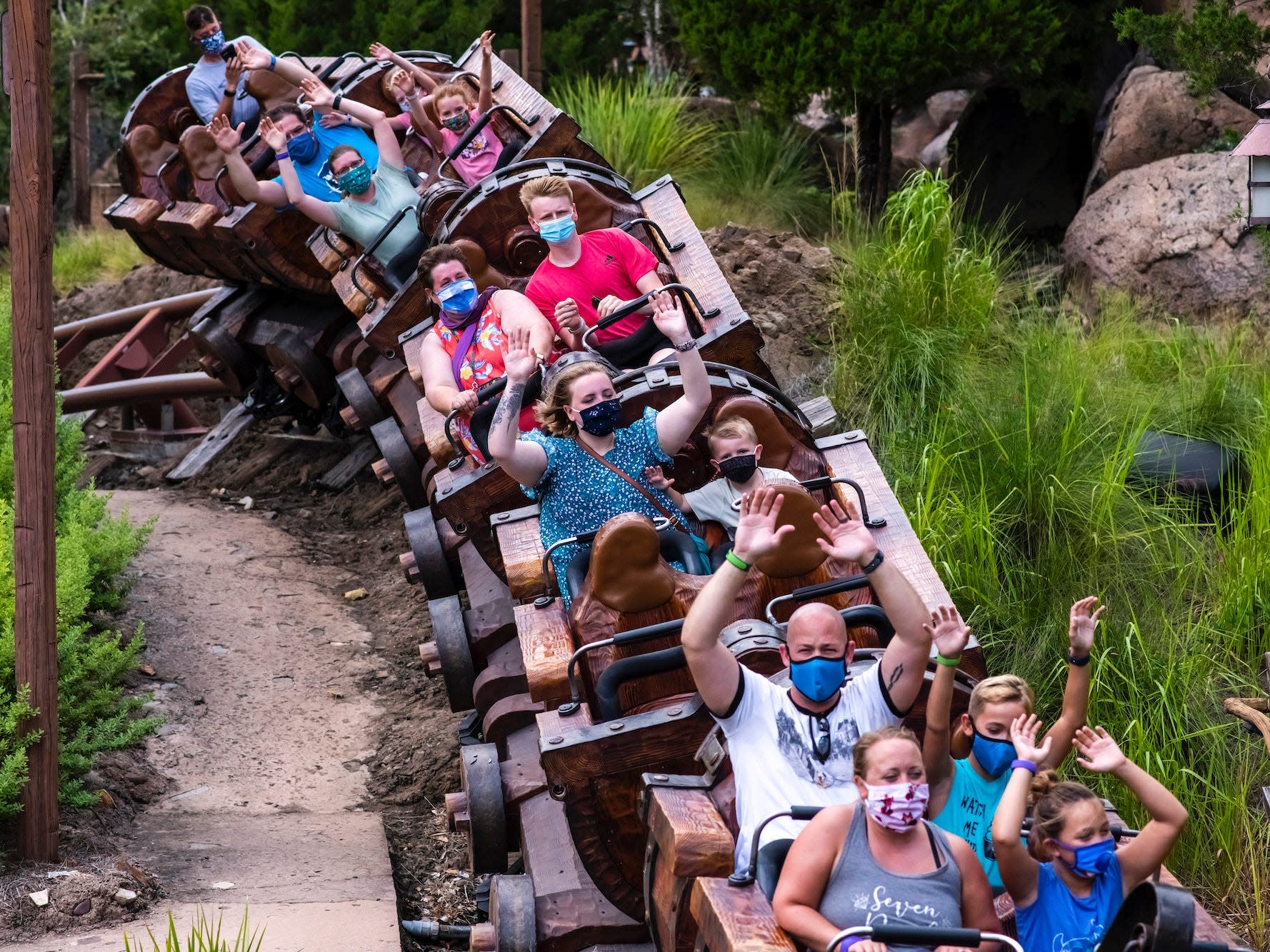 Disney started filling rides at full capacity at the end of 2020. Charles Sykes/Invision/AP

Disney has recently updated and removed some of its pandemic safety measures throughout its US theme parks as more Americans become vaccinated.

But only a few weeks ago, people who participated in an Insider poll said they still had concerns about contracting COVID-19 at Disney theme parks.

Out of 1,079 respondents, 641 people said they still had COVID-19-related concerns. Charles Sykes/AP

Survey participants were asked: “How worried about safety would you be if you were to visit a Disney park?” They were then able to respond with either: “Extremely worried,” “Very worried,” “Somewhat worried,” “Not so worried,” or “Not worried at all.”

Of the 1,079 people who responded to the question (seven participants skipped it), 641 people – about 59% of participants – said they felt some level of concern about visiting the company’s theme parks.

At the time Insider’s survey was done, Disney World and Disneyland both required visitors to wear face masks at all times – both indoors and outdoors – except for when eating or drinking in stationary positions.

Starting May 15, however, Disney announced that it would no longer require parkgoers to wear masks in most outdoor locations. In early June, Inside the Magic reported that Disney World also started removing its social-distancing markers in stores and on ride queues, and Blog Mickey reported that the theme park stopped requiring face masks at outdoor theaters.

Earlier this year, Disney also began phasing out temperature checks at its entrance gates, according to CNN, and started filling ride vehicles at full capacity.

Insider’s recent poll found that hundreds of Americans say they won’t consider visiting a Disney park this year because they think it’s too expensive, and that people who make under $75,000 per year are most eager to visit Disney theme parks.

SurveyMonkey Audience polls from a national sample balanced by census data of age and gender. Respondents are incentivized to complete surveys through charitable contributions. Generally speaking, digital polling tends to skew toward people with access to the internet. SurveyMonkey Audience doesn’t try to weight its sample based on race or income. Polling data collected 1,086 respondents May 13, 2021, with a 3 percentage point margin of error.